Brains & Cosmic webs
“As above as below” was an exhibition about the connection between networks in the human brain and the cosmic web of dark matter. While these two networks have often been likened due to their visual similarity, the goal of the exhibition was to explore deeper similarities and differences. For this purpose, the curator, Esther Mallouh, assembled six teams, each with at least one artist, astrophysicist, and neuroscientist. Each team created an installation, all of which were exhibited in the fall of 2019 in San Francisco. For more information, please see the exhibition website and the article we wrote for SciArt Magazine (which is also available as a pdf version on arXiv).

Our team was comprised of artist Purin Phanichphant, neuroscientist Natalie Zahr, and myself. We considered a fundamental similarity between the cosmic web of dark matter in the universe and the complex connections of the human brain: the universe has, in principle, the potential to form nearly limitless number of structures such as halos and galaxies; brain cells have the potential to form nearly limitless numbers of connections. However, both the universe and the brain achieve only a fraction of their potential. While we tend to think of the universe as infinite, the growth of structure within it is not: as dark energy accelerates cosmic expansion, structures will eventually be “frozen.” Similarly, while the abundance of neurons in the brain is limited, the number of connections is potentially infinite; nevertheless, in reality, the number of connections reaches a threshold and begins to decay with aging.

Chamber of (in)finite potential
In our installation, called the “Chamber of (in)finite potential”, Purin expresses the seeming contradiction between the infinite and finite nature through a six-foot wide geodesic dome that is finite and graspable, but that contains reflective surfaces within it that create an infinite visual field. When the viewer enters the dome, their perspective is from the center of this perceptual field, metaphorically at the center of the universe and self-awareness. The photos below give a visual impression of the finished piece (they were taken by Purin). 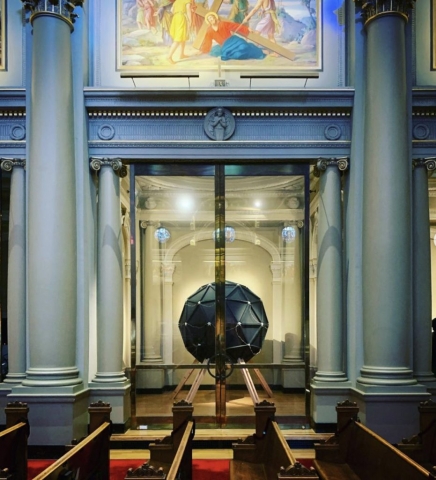 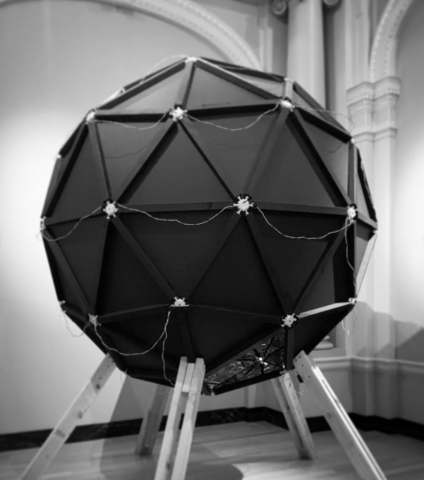 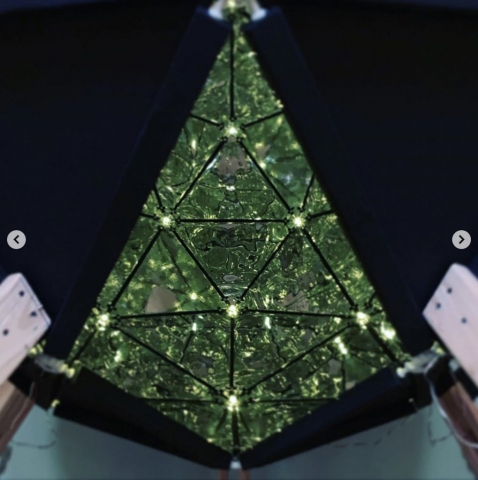 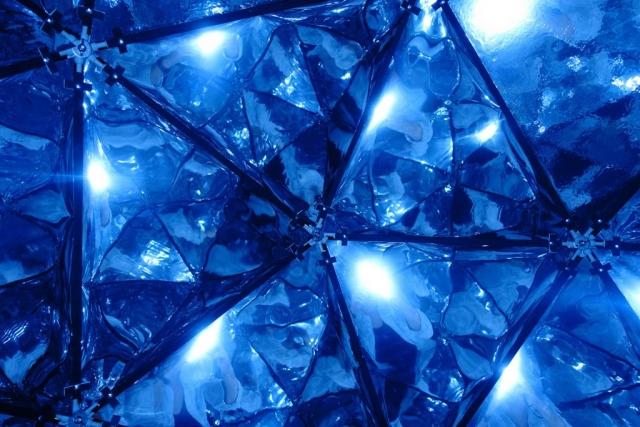 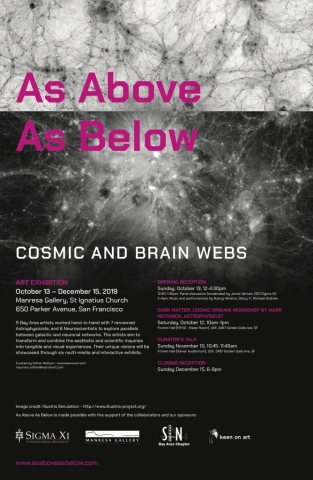 Video
The following video gives an impression of the exhibition, the installations, and the opening ceremony: